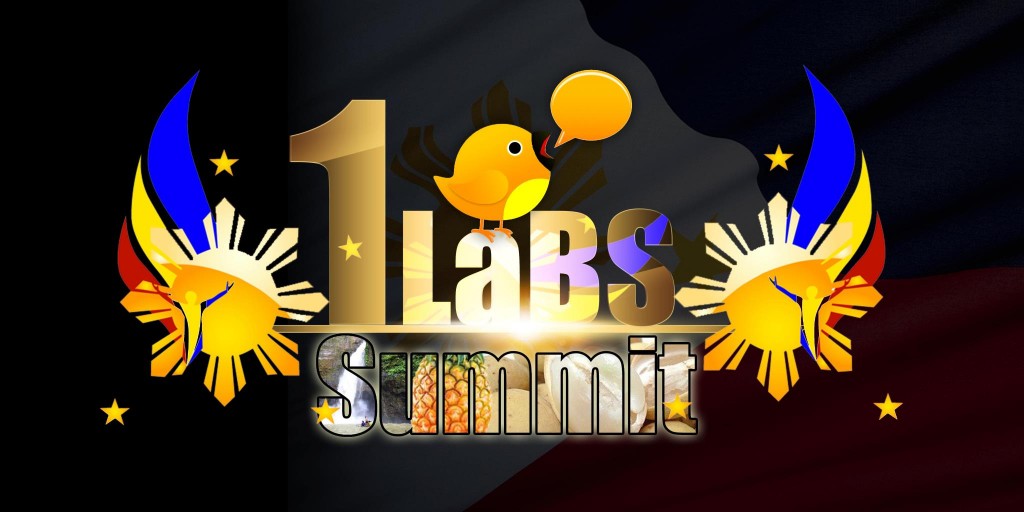 The First Laguna Blogging Summit is an open event for the Pinoy Social Media/Blogging community and will be held on August 9 and 10, 20123, 2012 supported by the Provincial Goverment.  From 8:00 a.m. to 5:00 p.m will be held at Cultural Center in Sta. Cruz Laguna.

For the past years, events like this has become a highly-anticipated interaction venue where famous and upcoming Pinoy bloggers give informative talks. More than 300 bloggers from all over the country make time to attend events like this and with 26 municipalities and 4 cities from the province of LAGUNA, we’re expecting more.

According to COMELEC Spokesman James Jimenez ” A historical event.”

For this event, we already have FAMOUS and notable confirmed speakers who are making a difference in their own way. Here’s the Final set of speakers;

Keynote Speech: TONY AHN
Tony Ahn’s unique blend of education and experience makes him one of the most highly sought after digital marketing consultants in Asia. 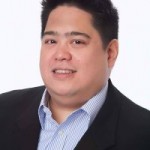 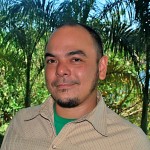 Charles P. “CARLOS” CELDRAN (born November 10, 1972) is a Manila tour guide, cultural activist, and performing artist. Growing up in Dasmariñas Village, Makati, Philippines, he began his art career at age 14 as a cartoonist for a local Manila newspaper, enrolling at the Rhode Island School of Design in 1991, where he began working in performance art. After university, he moved to New York City, where he lived an openly bisexual lifestyle. It was there that he first witnessed the effect of HIV on the queer community, which eventually led to his reproductive health activism in the Philippines. He continued his career in the performing arts, interning as a production assistant with the Blue Man Group and later working for other performing arts groups as a set designer and/or director. By 2000, Celdran was working as an assistant directors of the Heritage Conservation Society, a non-profit organization working towards preserving historical architecture. There he gained experience in directing historical tours, which set the stage for the launch of his own tour company “Walk This Way” in 2002. In 2005 he became the owner/director of an art exhibition space called The Living Room. 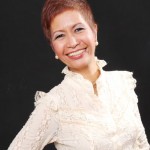 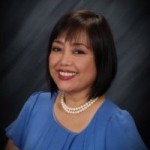 NOEMI LARDIZABAL DADO is a prominent blogger, a new media publisher, and internet entrepreneur.
Dado obtained her secondary schooling at St. Theresa’s College, Cebu City, and her undergraduate degree at the University of the Philippines, Diliman, where she became a college council head of the College of Home Economics in 1977. In 1983 she graduated with a Master’s degree in Business Administration from the Ateneo de Manila Graduate School of Business.
She started her career at Melleco Foods Corporation as the production and quality control food supervisor for the Van Melle candy line. She worked as a research associate for the UP Institute for Small Scale Industries before becoming an independent real estate broker as president of Lardizabal Development Corporation. In December 2002 she established Globalized Ecommerce Online Solutions which specializes in affordable webhosting services for small and medium-scale businesses. 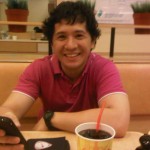 Chuckie Dreyfus is a Philippine movie actor whose movie-acting career started in 1984 at the early age of 9. He has already won acting awards from Famas, Metro Manila Film Festival and Film Academy of the Philippines.
After roughly 15 years of being away from the limelight and behind the camera, Chuckie has finally made a serious comeback – joining GMA-7′s hit reality show, “Survivor Philippines: Celebrity Doubles Showdown” as a castaway which aired from 2011 till early 2012. 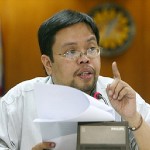 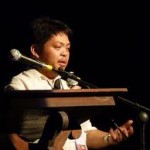 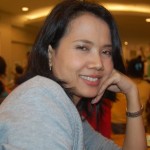 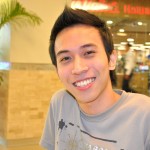 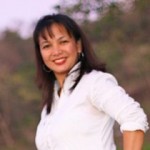 Jinkee Umali- Founder and Digital Publisher of Calamba Online – www.calamba-online.com and Live Life Fullest – www.livelifefullest.com, Jinkee Umali is an I.T. practitioner by profession for almost a decade that runs and owns a family business, VirtualBIZ – www.virtualbizph.com which focus in developing e-commerce, business websites and blogs. 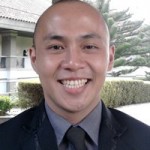 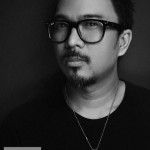 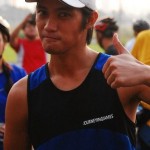 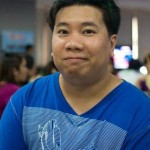 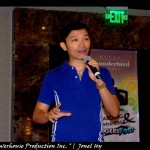 Jonel Uy- is the blogger behind BloggerManila.com, GaadgetGambit.com, and NomNomClub.com, among others. He is a freelance social media consultant and has handled projects for Magnolia Ice Cream and SM Hypermarket, to name a few. Three of his blogs were recognized as Top 10 Emerging & Influential Blogs, one for each year of 2009, 2010, & 2011. Three more of his Blogger Manila Network blogs namely Cosmo Manila, Good News Manila, and Digital Manila were all finalists in the national categories of the Philippine Blog Awards recently. Deeply involved in social media, he has also pioneered a min-project called ‘Search for the Blogger Apprentice’ which has given spotlight to new and upcoming bloggers with great potential. When not online, he is a part-time IT instructor at Grace Christian College on the subjects of programming, web development, social media, and technopreneurship. He was a College Scholar and graduated with the degree of Bachelor of Science in Computer Science in 2001 at University of the Philippines in Diliman. 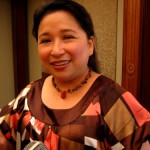 Janette Toral- a book author, publisher and social media expert and the woman behind the the success of all eight IBlog Philippine Blogging Summit that’s yearly held at University of the Philippines, Diliman, Quezon City. 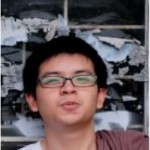 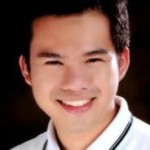 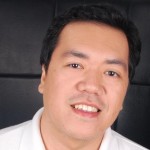 Fitz Villafuerte- Fitz Gerard Villafuerte is a civil engineer who decided to quit the
corporate world back in 2003 to pursue entrepreneurship.
Currently, he owns and manages several small and medium enterprises,
but mostly enjoys his time trading forex and investing in the stock
market while travelling around the country. His blog called Ready To Be Rich, which has already won award. An international finance publication, Wise Bread, has
likewise ranked his website as among the Top 100 Personal Finance
blogs in the world. 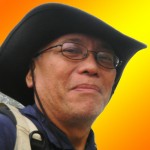 DEAN JORGE BOCOBO – is a physicist by training and education, with a MastersDegree in Applied Physics from Harvard University (1980) and
undergraduate degree from California State University at San Francisco
(1977). He is a product of La Salle Green Hills High School. He is retired from the General Electric Company (USA) where he worked on
Xray Tubes for Computerized Axial Tomography (CAT Scanner) systems; on
superconducting magnets for Magnetic Resonance Imaging (MRI); and on
aircraft engines for military and commercial aircraft. Since returning
to the Philippines in 1995, he has dedicated his efforts to public
education–as a regular contributor and columnist for the Philippine
Daily Inquirer; as a writer and publisher of textbooks for the public
and private schools; and presently as a developer of digital learning
materials and e-books. He was a Bronze Medal Winner in the Epic Poetry
category of the National Centennial Commission’s Heritage Prize
Literary Contest (1998) for his poem in English, The Bells of
Balangiga. He has recently completed a major work for use in High
Schools, namely a complete text and audio rendition of the Filipino
epic poem, Florante at Laura. His principal advocacy is for the
delivery of affordable, high quality education for all Filipinos. 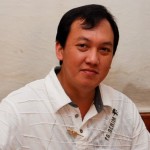 Sonnie Santos wrote “W.A.V.E. Your Way To The Top!” a guidebook to keep a growth conducive work attitude, values and ethics, in the midst of corporate politics, misconduct and other issues. As a resource person, he has been to different corporations, and academe-giving lectures on technology matters such as (1) Responsible use of social media and crafting of online policy (2) Cyber wellness and (3) Cyber Bullying. On people development, Sonnie gave seminars on (1) Leadership Development, (2) Work Attitude, Values and Ethics with Spiritual Intelligence as framework (3) Digital HR or HR 2.0 (4) Organizational and Personal Branding (5) HR for Non HR among many others.

Thanks to Tony Ahn & Co. for sponsoring this event.

I am a single mom of all boys. I love cars, food, traveling and anything in between.

← LINKIN PARK RETURNS WITH FIFTH ALBUM, “LIVING THINGS” World of Tanks @ FHM 100 Sexiest Women in the World Victory Party →
Hello, and welcome to my site! I hope you like the place and decide to stay.